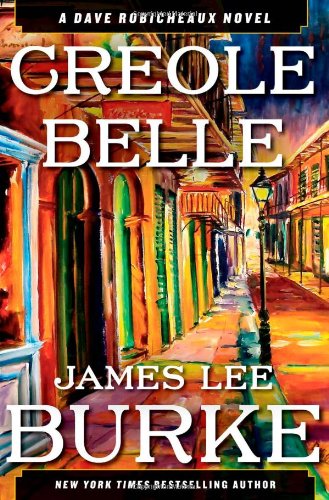 MWA Grand Master Burke continues to raise the bar for himself, and the reader, as shown by his lyrical, insightful 19th Dave Robicheaux novel (after 2010’s The Glass Rainbow). While the New Iberia, La., deputy sheriff is recovering in a New Orleans hospital from a bullet wound, he receives a visit from Cajun singer Tee Jolie Melton, who leaves him an iPod loaded with music, including the blues song “My Creole Belle.” Only thing is, Tee Jolie supposedly disappeared months earlier, and her teenage sister, Blue Melton, has just turned up frozen in a block of ice. Meanwhile, Clete Purcel, Robicheaux’s hard-drinking best friend, has problems of his own: some local wise guys are trying to blackmail him, and he fears his lost daughter, Gretchen, may be a notorious assassin. As Robicheaux and Purcel suit up again to take on an array of foes, including corrupt politicians, oil men, and a wealthy old man they suspect is a Nazi war criminal, they feel the weight of their own history, and begin to hear the ghostly whisper of mortality. This is another stunner from a modern master. Agent: Philip Spitzer, Philip G. Spitzer Literary Agency. (July)
close
Details