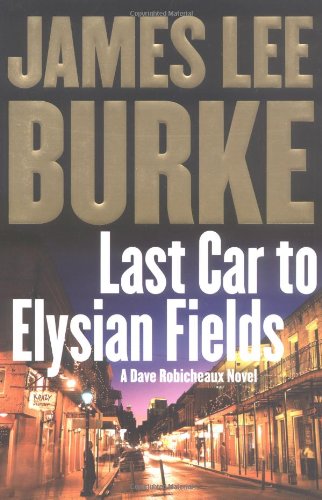 Homicide detective Dave Robicheaux is pitted against a handsome, urbane war hero of a bad guy instead of the typical obscenely grotesque villain in this latest installment of Burke's stellar series, set in New Iberia, La. It's a shift in adversaries that forces Robicheaux to take a different tack than his usual uncontrolled tilting at the windmills of elusive justice. As in many of Burke's novels (; ), current felonies are tied to a crime from the past. Here, Dave's friend Father Jimmie Dolan is being stalked by Irish hit man Max Coll; linked to this intrigue is the story of blues singer Junior Crudup, who entered the hell of Angola Penitentiary in the 1950s and was never heard from again. In present-day New Orleans, three teens die in a fiery crash after buying drinks at a drive-by daiquiri stand. Porn star Gunner Ardoin takes a beating from Dave's sidekick, Clete Purcel, who wreaks his usual havoc. Mysterious lady cop Clotile Arceneaux keeps popping in with advice, and a minor thug, Jumpin' Merchie Flannigan, is married to Robicheaux's old girlfriend Theodosha. These are just a scant few of the characters and subplots that thicken the deep and complex gumbo of Burke's story. The writing is beautiful, as always, laced with the author's signature descriptions: "the sepia-tinted light in the trees and on the bayou seemed to emanate from the earth rather than the sky." This is an outstanding entry in an excellent series.