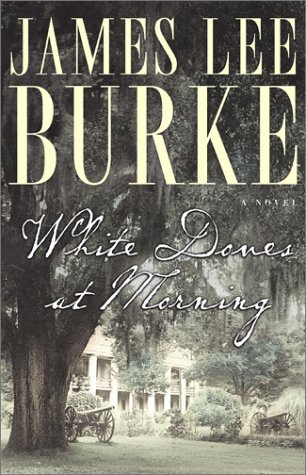 Following the publication of his 11th Dave Robicheaux thriller, bestselling Burke (; ) keeps the action in Louisiana, turning back the clock to the Civil War. Central to this brooding saga are hotheaded young idealist Willie Burke, son of a boardinghouse owner, and a beautiful slave girl named Flower Jamison. She is the illegitimate daughter of Ira Jamison, the callous owner of the infamous Angola Plantation. Flower's mother was murdered by a brutal overseer, Rufus Atkins, just after she gave birth, and Rufus has been a malevolent presence in Flower's life ever since. Secretly taught to read and write by Willie Burke, she now does laundry for the town brothel. Befriended by Abigail Dowling, a young Yankee abolitionist who is helping slaves escape the South, Flower clings to the hope that Jamison will acknowledge her as his daughter; meanwhile, Jamison has his eye on Abigail. The war gets into full swing, and Willie loses his best friend at Shiloh because of Jamison's cowardly dereliction. Wounded and left to die, Willie is saved by Abigail, who brings him home and nurses him back to health. Against her protests, he attempts to return to battle but is taken captive and—the war now over—escapes to confront racist vigilantes intent on shutting down Flower's school for ex-slaves. Burke has created a cast of strong, if somewhat stereotypical, characters; readers will warm to outspoken, irrepressible Willie as much as they deplore the evil Atkins. Although at times a bit forced, this moving morality play shows a different dimension of this gifted writer.