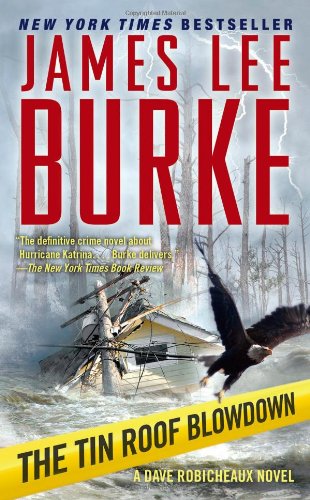 In Burke's meticulously textured 16th Dave Robicheaux novel (after 2006's ), Hurricane Katrina and its aftermath provide the backdrop for an account of sin and redemption in New Orleans. When Detective Robicheaux's department is assigned to investigate the shooting of two looters in a wealthy neighborhood, he learns that they had ransacked the home of New Orleans's most powerful mobster. Now he must locate the surviving looter before others do, and in the process he learns the fate of a priest who disappeared in the ill-fated Ninth Ward trying to rescue his trapped parishioners. Burke creates dense, rich prose that draws the reader into a web of greed and violence. Each of his characters feels the hands of both grace and of perdition, and the final outcome of their struggle is never quite certain. Burke showcases all that was both right and wrong in our response to this national disaster, proving along the way that nobody captures the spirit of Gulf Coast Louisiana better.