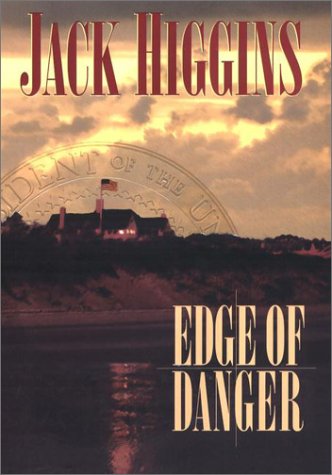 After 31 Higgins thrillers, nearly all first-rate, fans know that this author is as reliable as a Rolls. His 32nd novel proves no letdown. Pitting returning antihero Sean Dillon, once of the IRA, now with British intelligence, against an aristocratic English-Arab family bent on vengeance that threatens world order, the story whips along. From London to the Middle East, from Ireland to the White House, it swirls with intrigue and snaps with violence. While driving drunk in England, a Russian diplomat kills the mother of Paul Rashid, Earl of Loch Dhu, one of the world's richest men. The diplomat is protected by both the Russians and the Americans, between whom he was brokering an oil deal. In retaliation, Rashid, whose Arab side stems from fierce desert ""Bedu,"" lashes out by ordering the assassination of the American president. Rashid hires an infamous Irish terrorist to do the deed, but in a tense stalk-and-shoot at the presidential retreat at Nantucket, the attempt failsDprompting Rashid to go after other targets. Higgins's no-nonsense prose builds a tough tale peopled by menDand a few women, notably Rashid's beautiful, equally fierce sisterDwho thrive on danger and are smart enough to quote Plato in explaining why (""`the life which is unexamined is not worth living.' Which means to me: the life not put to the test""). Dillon's usual gang joins the diminutive, deadly Irishman as he tracks Rashid from one outrage to another, culminating in a showdown in an ancient Scot castle that leaves no doubt of a sequel. This is Higgins near the top of his game, hands a blur as, fast and hard, he deals another winner. Literary Guild main selection. (Feb. 19) Forecast: Like his talent, Higgins's welcome on bestseller lists never seems to wear out.
close
Details