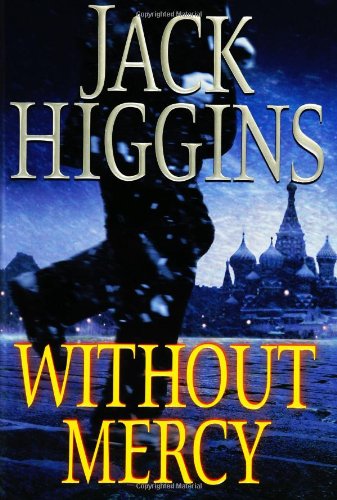 Higgins picks up where his last novel ( ) featuring top-level British intelligence officer Gen. Charles Ferguson and his right-hand agent, former IRA enforcer Sean Dillon, left off, three weeks after a shootout killed Russian billionaire Josef Belov and his agents Yuri Ashimov and Maj. Greta Novikova. But hold on, not all of the above are really dead, and those left alive have sworn to destroy the general and his band of spies, who are also grieving for their colleague Supt. Hannah Bernstein, another casualty of the confrontation. President Vladimir Putin makes several appearances to give orders to various minions and Russian super-agent, Igor Levin. Their mission is to secure the now-deceased Belov's vast oil interests for the Russian government. With few double-crosses, deceptions or surprises of any sort, Higgins's plotting is not very inventive, and the final shootout, when it limps onstage, takes two short pages. The whole mise-en-scène feels dated, with little in the way of modern-day tradecraft or technology. Ferguson's admiration for his Russian enemies and bonhomie for Levin in particular seems plain silly: "Damn his eyes, I like the bastard. Who knows what the future holds?" Not much for Higgins's fans, if we're to judge from his latest example.