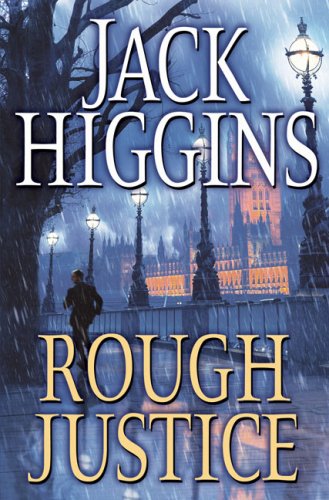 The solid 15th entry in Higgins's Sean Dillon thriller series (after ) finds aging, arthritic ex-gangster Harry Salter retired from active operations, leaving Dillon, once the IRA's most feared enforcer, as the real leader of the loose gang of stalwart lads who covertly battle the foes of Western civilization. A newcomer to the team, Maj. Harry Miller, on the surface a mild-mannered MP who's in reality the British prime minister's secret hit man, hooks up with series regular Blake Johnson in Kosovo, where the Russians, intent on reclaiming old glory, are stirring up trouble. Meanwhile, Islamic fundamentalists are intent on bringing Britain to its knees. The action moves swiftly amid a variety of foreign locales, including Moscow, London and Beirut, to a climax that will leave readers asking themselves, evidence to the contrary, whether the great game is over.