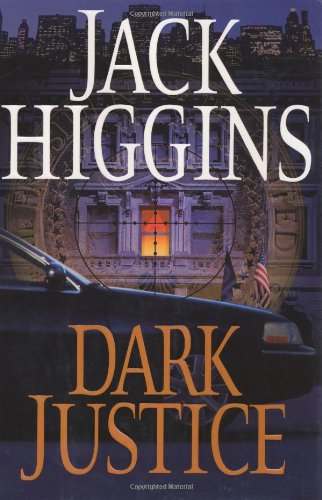 Many of Higgins's thrillers have told one continuing saga, involving the efforts of Gen. Charles Ferguson (head of the British PM's "Private Army") and his staff to fend off various threats to queen and country. Here the timely challenge is Arab terrorism, but wobbly focus makes this a mediocre entry in a generally first-rate series. An attempt on the American president's life leads Ferguson—who alerted the Secret Service to the threat—and his main man, legendary hit man and former IRA enforcer Sean Dillon, to Josef Belov, an associate of Vladimir Putin (who appears in a cameo) and a Russian oil billionaire who's intent on world domination and who along the way is funneling would-be jihadists from Britain into terrorist training camps in the Middle East. Instead of concentrating on the promising terrorist angle, Higgins traces Dillon and Ferguson's pursuit of Belov and his goons, a race that leads to violent shootouts in Iraq and elsewhere. Ferguson takes a bullet, and Supt. Hannah Bernstein is seriously hurt. The story climaxes in a vengeful, bloody foray by Dillon and old sidekick Billy Salter into Belov's castle stronghold in Ireland. Higgins's action has always been clipped, but here some scenes are positively rushed, and there's much that's overly familiar. Still, the author's high-speed narration and the mesmerizing hard edges of heroes and villains alike should sustain fans' perhaps grudging interest.