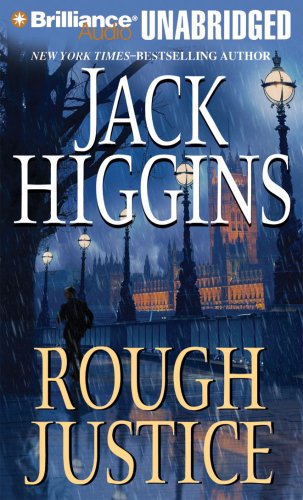 Action, betrayal, murder and mayhem have long been the staples of Jack Higgins's international thrillers featuring ex-IRA enforcer turned British operative Sean Dillon, and this latest outing continues that tradition. However, Dillon falls into more of a supporting role in a story involving the current Russian regime's efforts to bring forth a new type of cold war. Most of the heavy lifting is performed by the seemingly mild-mannered MP Harry Miller, who, like Dillon, is in reality a British secret agent. Michael Page's narration keeps the action flowing, all the while balancing an international cast of heroes and rogues. Whether the characters are Russian politicos or Irish thugs, British elites or Islamic terrorists, Page provides each with their own particular voice. With a dry, straightforward delivery, he is equally adept in presenting the intricate, globe-trotting plot, driving the story forward and maintaining the taut suspense. Fans of this enduring series will not be disappointed.