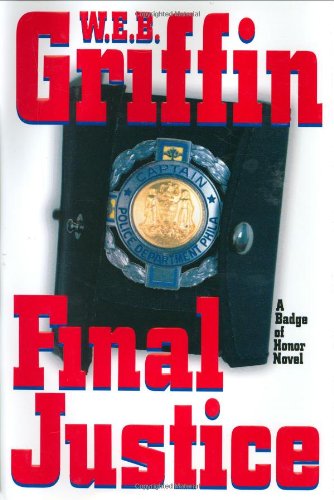 If God is truly in the details, then Griffin must be the pope of police procedurals. Want to know what paragraph of the Pennsylvania Criminal Code you violate if you use a flashing blue light attached to your car to get through traffic? Or what the chances are of a patrolman or detective passing the Philadelphia Police Department's exam for promotion to sergeant? Or what happens to the badge worn on the chest of an officer killed in action, after the funeral? All of this—and much, much more—is revealed in the eighth data-heavy entry in Griffin's Badge of Honor series (, , etc.). What's even more amazing is that all these factoids don't slow down the story's considerable momentum for a minute. Nor do they keep Griffin's gritty cops from convincing us of their individuality. Matt Payne, a detective with the Philadelphia police force, has just been promoted and transferred to Homicide. The cases he gets during his first few days at the post are a rich mix of mayhem entangling all strata of Philadelphia society: an apparently simple shooting in a fast food outlet that turns out to be almost unsolvable; a savage rape and murder with some serious anti-cop political overtones; an extradition case involving a fugitive murderer from France; and, for comic relief, the supervision of a visiting movie star who wants to make his police pictures more authentic. What holds it all together is Griffin's infectious respect for and fascination with police work.