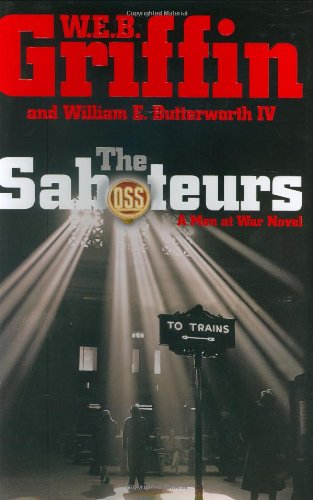 Bestseller Griffin and his son, Butterworth, resuscitate Griffin's Men at War series, first published in paperback during the 1980s under the pseudonym Alex Baldwin and featuring the Office of Strategic Services; its fabled chief, Col. William J. "Wild Bill" Donovan; and OSS agent Maj. Richard M. Canidy. Two primary plot lines drive this new adventure: the U.S. preparation for the invasion of Sicily and mainland Italy in 1943, and the tale of four German saboteurs who have landed in America. The authors are heavily invested in their research, meticulously describing almost every element of life in the 1940s, to the detriment of the action. The German saboteurs are eventually dealt with, but the behind-the-lines Sicilian operation led by Canidy is only hastily outlined after a long buildup. One supposes that the Sicilian story that's promised but never delivered will appear in future installments. This is pretty much all show and no go, but readers who have a strong interest in WWII home-front history should be satisfied.