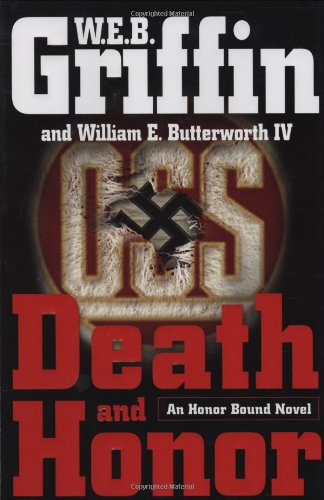 The solid fourth Honor Bound thriller from bestseller Griffin and son Butterworth picks up where 2000's left off, with OSS agent Cletus Frade still tangling with high-level Nazis in supposedly neutral Argentina in 1943. Fans of WWII-era military fiction, many of whom will likely know little about the South American theater during this period, will welcome this encyclopedic tome, which leaves no small or large historic fact unturned, including recently discovered information exposing the involvement of future Argentine leader Juan Perón in the Nazi cause. In a story that's more spy-vs.-spy than military action, the authors meticulously recreate place and time. Those seeking an easier entry into Griffin's military novels might be advised to start with one of the better-known series such as Presidential Agents ( , etc.) or Men at War ( , etc.).