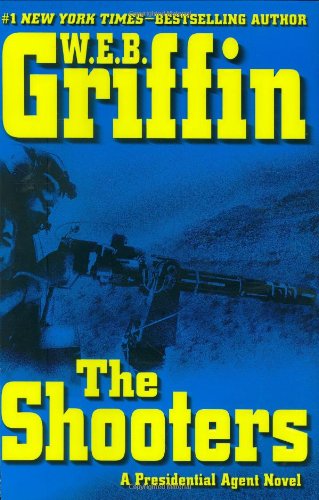 When DEA Special Agent Byron J. Timmons is kidnapped in Asunción, Paraguay, at the start of bestseller Griffin’s rousing fourth presidential agent novel (after ), Timmons’s grandfather asks his friend, the mayor of Chicago, for help. The mayor passes the request on to the U.S. president, who assigns his personal in-house expert, Lt. Col. C.G. Castillo, to rescue agent Timmons. Castillo is familiar with the territory, having sorted out various terrorist and drug dealer threats in South America in earlier books in the series. Castillo spends a lot of time in meetings and flying around the globe in the course of setting up the big shoot-out. After the brief, long-awaited climax, everyone pats each other on the back and gets ready for the next adventure, which is sure to pick up the loose threads left untied from the just-completed mission. In less accomplished hands, this would be a recipe for boredom, but Griffin pulls it off, leaving satisfied thriller readers hankering for more.