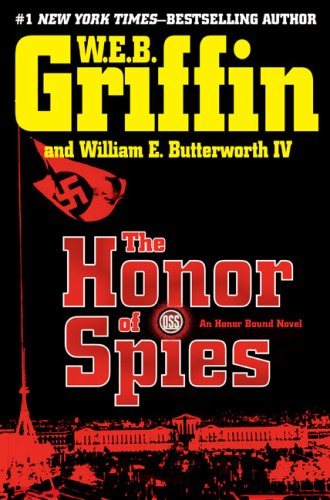 The Honor of Spies

Set in 1943, the tedious fifth entry in bestseller Griffin’s sprawling Honor Bound series, coauthored with son Butterworth, picks up where (2008) left off, with Don Cletus Frade, a U.S. Marine Corps major, still trying to expose two Nazi secret missions: Operation Phoenix, which concerns large sums of money being smuggled into Argentina to be used by high-ranking Nazis who plan to flee the Reich if Germany loses the war, and another program that ransoms rich Jews out of Germany. Most of the many characters continue to scheme against one another and endlessly discuss their plots, coups, and assassination attempts. Brief, violent altercations occasionally interrupt the talk. As usual, the plot abruptly stops, presumably scheduled to resume in the next installment. Newcomers are advised to start with the first of the series. Those who prefer action in their WWII fiction should go elsewhere.