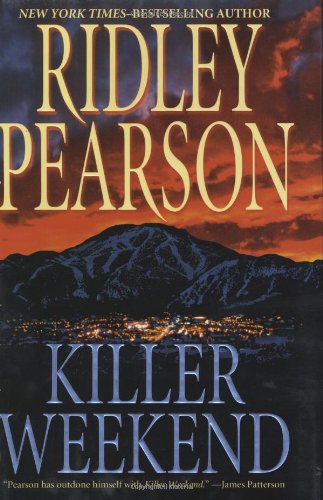 estseller Pearson's workmanlike thriller, the first in a new series, has all the right ingredients: a down-to-earth hero, sheriff Walt Fleming; a neatly focused venue in the form of a weekend business conference at an Idaho resort; and a sense of impending danger in the form of a threat on the life of Elizabeth Shaler, the New York State attorney general, who's about to announce her candidacy for U.S. president. Shaler knows what it's like to be a victim. Eight years before the “killer weekend” of the title, she was attacked in her Sun Valley, Idaho, vacation home and saved by Fleming, then a patrolman. Fleming takes the present threat very seriously, but Shaler's handlers and the event's organizer, billionaire Patrick Cutter, won't cancel her speech. Fleming doggedly struggles to identify the assassin, who cleverly (if incredibly) overcomes massive security to infiltrate the event, but the motive for the threat is never satisfactorily explained. Pearson ( ) tries hard to give his characters depth using an inventive array of backstories, but only the capable Fleming really comes across.