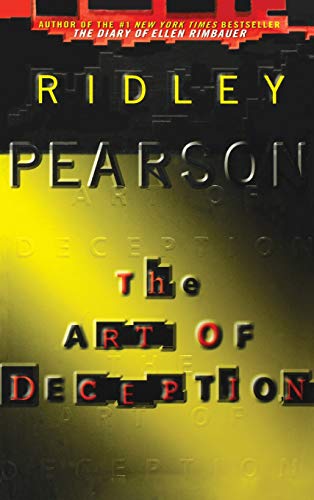 THE ART OF DECEPTION

Seattle police detective Lou Boldt, Pearson's engaging cop hero, retired from the force a few years back when personal problems started stacking up, then returned when those same problems faded. These days, he's in more of a paper-shuffling role, letting his younger charges mix it up on the street. Taking center stage here, in the eighth Boldt entry (after ), are two longtime prominent series sidekicks, forensic pathologist Daphne Matthews and the skirt-chasing stud cop, John LaMoia. Together, they investigate the perplexing murder of a woman who was pushed off a bridge. The case turns creepy when the evidence against the prime suspect falls apart and the victim's brother, Ferrell Walker, simultaneously courts and lashes out at Matthews. Meanwhile, Boldt pursues his own case, following the trail of two missing women who appear to have been stalked before disappearing. As with many of Pearson's plots, the two story lines eventually mesh into a wild, drawn-out finale. The setting this time couldn't be better. It's Seattle's Underground, a subterranean ghost town of abandoned shops and homes now underneath the newer, more flood-resistant city built on top a century ago. It is within this spooky, cavernous landscape that Pearson's forte—the manhunt—bursts through with all its usual bone-tingling drama and suspense. And what of the somewhat marginalized Boldt? Longtime fans may feel a touch of sadness, yet Pearson ably layers Matthews's personality with new depths to make an appealingly quirky character. As for LaMoia, even he shows that he's more than just a pretty face with an insatiable sex drive.