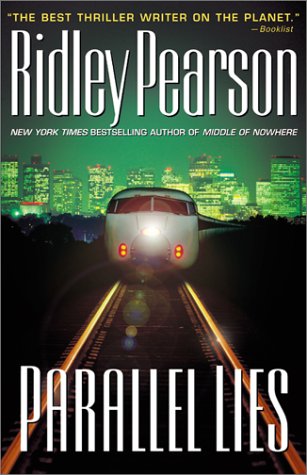 Pearson forsakes his franchise character, Seattle police detective Lou Boldt, for a railroad thriller that wobbles on its tracks. The hero here is Peter Tyler, a former Washington, D.C., homicide cop who was fired—many say unjustly—for beating a child-abuse suspect. Desperate for money, Tyler gets thrown a bone by an old friend who handles investigations for the National Transportation Safety Board. Handed a three-day contract, Tyler is assigned to check out a messy murder aboard a boxcar on a Northern Union Railroad line in rural Illinois. Nothing about the murder makes sense, but more intriguing to Tyler are the persistent rumors about why so many NUR trains have derailed in the past year. When Tyler turns up a suspect not only for the murder but also the derailments, he quickly finds that his services are no longer needed. Helped only by a railroad security officer, the lovely Nell Priest, Tyler follows the trail to New York City. That's where he believes the murderous vandal, who's seeking revenge for the railroad-related deaths of his wife and twin daughters, plans to sabotage the grand opening of NUR's most ambitious project: a bullet train connecting New York with the nation's capital. Pearson () keeps up his usual breakneck pace, and for excitement alone, his latest is good fun. But the story is marred by several false notes, imponderable plot twists and a clumsily executed love affair giving a squishy feel to an otherwise hard-edged thriller. Of greater concern, however, is Tyler. He simply never emerges as a character of substance or distinction.