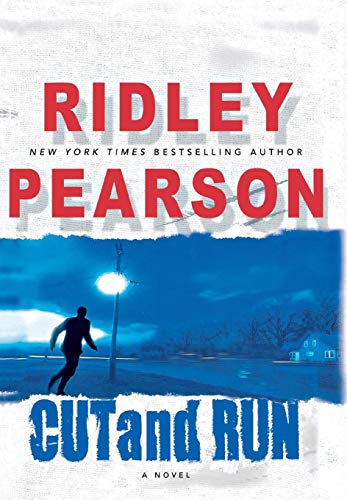 Crime fiction king Pearson's ( ) latest fast-paced thriller finds a smitten U.S. marshal and a vengeful killer chasing after the same elusive woman in witness protection. Hope Stevens, a technical consultant for the Justice Department, helped indict the deadly Romero white-collar crime family in a million-dollar fraud investigation. For six years, she's been in the witness protection program, waiting to testify. Now, the Romeros have infiltrated the program's participant list, and she's in grave danger. Roland Larson, a U.S. marshal in St. Louis who met Hope just before she was admitted to the program, still pines for her and is determined to find her. But close behind him is Paolo, a throat-slasher commissioned by Romero and a scarification fetishist, whittling his way through Hope's acquaintances to get to her. Accidental exposures keep Hope on the run as the vigilant Paolo and heart-heavy Roland grow increasingly desperate. Hope and Roland's heated reunion is marred by the kidnapping of Hope's previously well-concealed five-year-old daughter, Penny, a surprise to everyone, especially "new" father Roland. Separately, gutsy mother and daughter try to outsmart Paolo, then chase electronic messages to Florida and onward to the finale in Washington and Seattle, where protection program names are being auctioned off to mob goons. As seasoned heroes and a league of gangland villains lock horns for the busy wrapup, even fans accustomed to Pearson's heart-pounding pacing will find themselves short of breath.