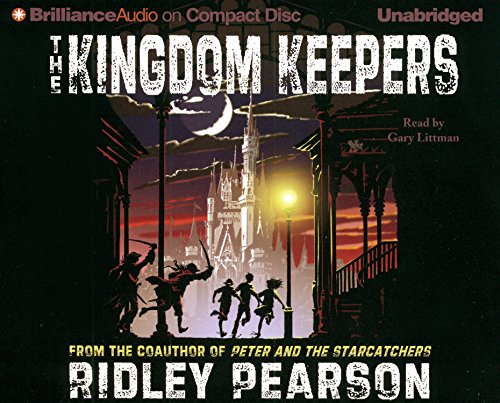 For anyone who has imagined what goes on in Walt Disney World after the gates close to the public, Pearson's ( ) tale and Littman's authentic-sounding narration, in middle-schooler Finn Whitman's voice, offer a suspenseful all-access pass to the Magic Kingdom behind the scenes—filled with action, technology and a tricky (and implausible) riddle. Finn lands a cooler-than-cool opportunity after he becomes a model for a new breed of "holographic hosts" (Disney Host Interactive/Daylight Hologram Imaging) at Disney World. But the experience gets weirder than weird when Finn and the other four DHIs find themselves transported to the park via their nighttime dreams and must save the Magic Kingdom from Disney witches and villains called "Overtakers" by solving a puzzle said to be left behind by Walt himself. Littman reads at a smooth pace, speeding up along with the story's tension. He nails realistic kid-like reactions and dialogue even though listeners might find much of the plot hard to believe (and some of the plugs for Disney a bit over the top). Ages 10-up.