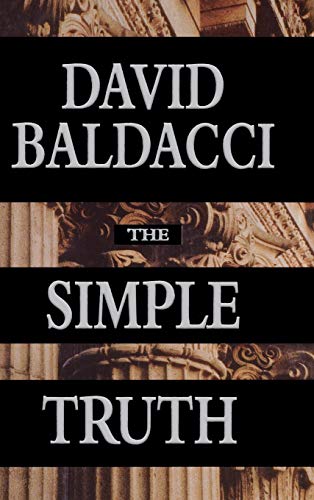 It's a truism that readers who like Grisham's novels often take to Baldacci's, but never has Baldacci's debt to the more veteran author been so evident as in this strong-boned thriller that features the Grishamesque premise of young lawyers who uncover a conspiracy reaching into the U.S. Supreme Court. Baldacci isn't as smooth a writer as Grisham: he'll hop point of view in mid-scene, and the opening sentence of this novel, at least as presented in the review galley, is a run-on. But for foxy plotting, Baldacci is easily Grisham's peer, and his characters are always captivating. Here, the principals are Rufus Harms, a slow-witted black giant who, after decades in a military prison, realizes that, for reasons revealed only at the novel's end, he is morally innocent of the murder for which he's doing time; John Fiske, a cop-turned-lawyer who's drawn into Harms's quest for justice after his younger brother, a Supreme Court clerk interested in Harms's case, is murdered; and Sara Evans, another Supreme Court clerk who joins forces and beds with Fiske. Plenty of cinema-ready action ensues as Harms, aided by his Vietnam vet brother, escapes from prison and Fiske and Sara try to get to him before the conspirators who put Harms behind bars do. The novel's resolution is predictable, however. This isn't Baldacci's most original book, but it's his most generously textured, distinguished by thoughtful delvings into family psychodramatics (of both the Fiske and Harms clans), a nicely rendered romance between two tentative lovers and, adding a welcome and strong backdrop of authenticity to the outlandish turns of events, vivid detailing of the Supreme Court behind closed doors where the truth, apparently, is anything but simple. 500,000 first printing; BOMC main selection; simultaneous TimeWarner audio. (Nov.)
close
Details