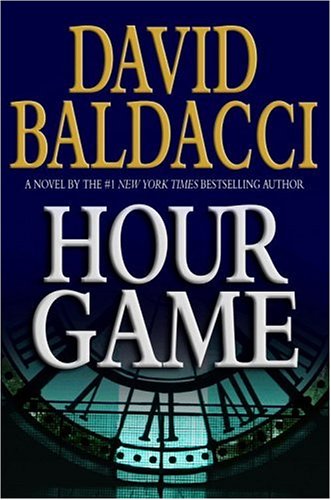 Baldacci's last book, , was a relatively weak offering from this bestselling author, sunk by a cartoonish villain and absurd plot. But it did introduce two of Baldacci's ( , etc.) most memorable characters, former Secret Service agents Sean King and Michelle Maxwell, in business together as private investigators in smalltown Wrightsburg, Va. Baldacci is back in form, and King and Maxwell reappear in this utterly absorbing, complex mystery-thriller that spins in unexpected directions. The novel starts as a serial-killer thriller, for there's a murderer at work in Wrightsburg whose selection of victims appears random but whose modus operandi, differing from kill to kill, mimics the work of a notorious serial killer—the Zodiac killer, John Wayne Gacy, etc. The fifth victim is local resident and international tycoon Robert E. Lee Battle. King and Maxwell have already been tangling with the gothic horror show of a dysfunctional Southern family that is the Battles, as they've been hired to help prove the innocence of a Battle handyman accused of stealing from the family. Then that handyman is murdered, and the duo (along with a clueless local sheriff and an obnoxious FBI agent) must race to figure out if the same killer is behind all the murders and, if so, why. There are terrific action sequences sprinkled throughout, and plenty of suspense, and the King/Maxwell relationship, while not romantic, emits sparks. It's Baldacci's portrayal of smalltown Southern life, however, and his sharp characterizations of the Battles, from the bombastic Bobby and his regal widow to his weird extended family, that give the novel texture and depth: this is Baldacci's most accomplished tale since his nonthriller , and it rivals that novel in its social commentary. Despite fair clues, few if any readers will ID the villain (villains?) before they're revealed, and a snappy surprise ending will have Baldacci's many fans remembering why they love this author so much.