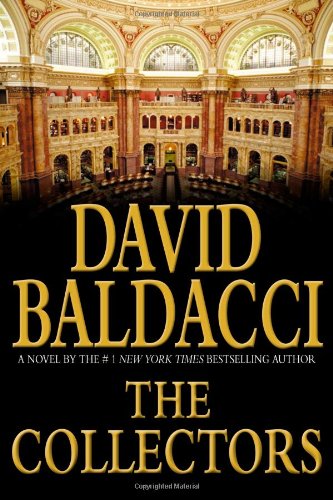 In bestseller Baldacci's entertaining if overly long sequel to (2005), renegade CIA agent Roger Seagraves has set himself up in the business of freelance assassination and selling our country's secrets to the highest bidder. The Camel Club, a group of four dysfunctional crime solvers headed by ex-CIA assassin Caleb Shaw, becomes involved with Seagraves through a killing at the Library of Congress, where one of the club members works. Meanwhile, an enigmatic young woman, Annabelle Conroy, is assembling a team to engineer a "long con," a $33 million scam targeting Jerry Bagger, the sleazy owner of an Atlantic City casino. This time around, Baldacci wisely tones down the wackiness of the club members, focusing instead on bringing Seagraves to justice while Annabelle works her ingenious scam. The splicing of the two plots is problematic, but Baldacci sacrifices a bit of believability to cobble together a new cast of characters destined to continue fighting the forces of evil in the next installment.