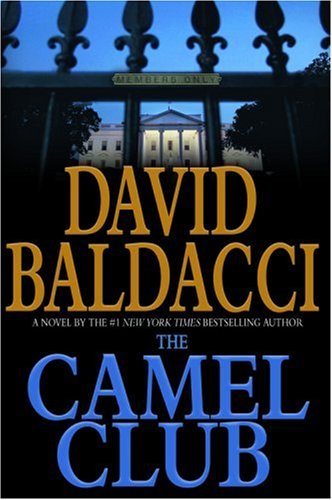 Arab terrorists, nuclear threat and political perfidy drive bestselling Baldacci's latest. The Camel Club, a four-man group of Washington, D.C., misfits (their leader has taken the ironic pseudonym "Oliver Stone") gathers every week to discuss political conspiracies they believe exist and what actions they might take. One night, while meeting on Roosevelt Island in the middle of the Potomac River, club members witness the murder of Secret Service employee Patrick Johnson, thus thrusting the wacky crew into the middle of a bigger conspiracy than they could ever have imagined. There are scores of characters and subplots to keep track of while the story veers back and forth between venues and villains, forcing readers to remain alert yet patient while awaiting the high-concept payoff. When it finally appears, it's a doozy: kidnappers who harm no one and are reasonable people with a legitimate gripe bring the U.S. to the verge of nuking Damascus. Baldacci maintains interest during the long buildup by supplying fascinating historical facts, amusing characters, high-tech spy lore and the backstories of his super agents, both good and evil. As fans of this writer know, years of experience have made him an author who promises a good story and then delivers it.