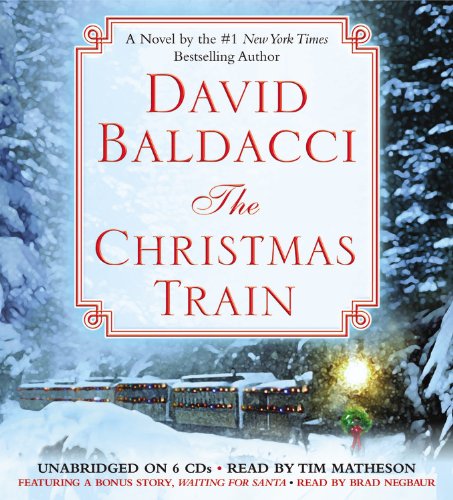 Former globe-trotting journalist Tom Langdon, 41, boards the Capitol Limited to kill many birds with one stone: he's out to fulfill his old man's death wish, find himself, write a fluff piece for a woman's magazine and visit his voice-over actress girlfriend in L.A. (He's also on the train since he's been banned from flying in the U.S. for two years after a recent meltdown at LaGuardia.) The trip turns out to be a journey of the soul—though an innocuous and predictable one. Surprised to meet famous movie director Max Powers in transit, Tom's invited to team up on his idol's next film, but shocked when he learns the screenwriter is none other than his long-lost love, Eleanor Carter. Trading suspense for sentimentality, Baldacci (; ; etc.), dedicates his latest to "everyone who loves trains and holidays," and the polished unabridged audio production, perfect for a long family car trip, employs plenty of musical accompaniment and evocative sound effects, from bells and whistles to conductors' calls, to suit this intended tone. Baldacci's impressionistic prose and detailed descriptions of rail travel are nice, but what's more notable is the silky smooth narration of television producer, director and actor Matheson. His energetic, distinctive renditions of the author's quirky and humorous cast of characters—including a priest, a lawyer, a personal assistant, a tarot card reader and a singer—make up for Baldacci's silly plot twists of reunited lovers, a thief on board the train and the avalanche that has "everyone contemplating their demise."