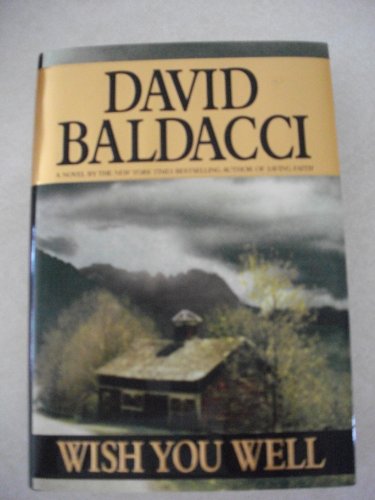 HBaldacci is writing what? That waspish question buzzed around publishing circles when Warner announced that the bestselling author of The Simple Truth, Absolute Power and other turbo-thrillersDan author generally esteemed more for his plots than for his characters or proseDwas trying his hand at mainstream fiction, with a mid-century period novel set in the rural South, no less. Shades of John Grisham and A Painted House. But guess what? Clearly inspired by his subjectDhis maternal ancestors, he reveals in a foreword, hail from the mountain area he writes about here with such strengthDBaldacci triumphs with his best novel yet, an utterly captivating drama centered on the difficult adjustment to rural life faced by two children when their New York City existence shatters in an auto accident. That tragedy, which opens the book with a flourish, sees acclaimed but impecunious riter Jack Cardinal dead, his wife in a coma and their daughter, Lou, 12, and son, Oz, seven, forced to move to the southwestern Virginia farm of their aged great-grandmother, Louisa. Several questions propel the subsequent story with vigor. Will the siblings learn to accept, even to love, their new life? Will their mother regain consciousness? AndDin a development that takes the narrative into familiar Baldacci territory for a gripping legal showdownDwill Louisa lose her land to industrial interests? Baldacci exults in high melodrama here, and it doesn't always work: the death of one major character will wring tears from the stoniest eyes, but the reappearance of another, though equally hanky-friendly, is outright manipulative. Even so, what the novel offers above all is bone-deep emotional truth, as its myriad charactersDeach, except for one cartoonish villain, as real as readers' own kinDgrapple not just with issues of life and death but with the sufferings and joys of daily existence in a setting detailed with finely attuned attention and a warm sense of wonder. This novel has a huge heartDand millions of readers are going to love it. Agent, Aaron Priest. 600,000 first printing; 3-city author tour; simultaneous Time Warner Audiobook; foreign rights sold in the U.K., Bulgaria, Italy, Germany, Denmark, Norway, Sweden, Holland, Turkey; world Spanish rights sold. (One-day laydown, Oct. 24)
close
Details