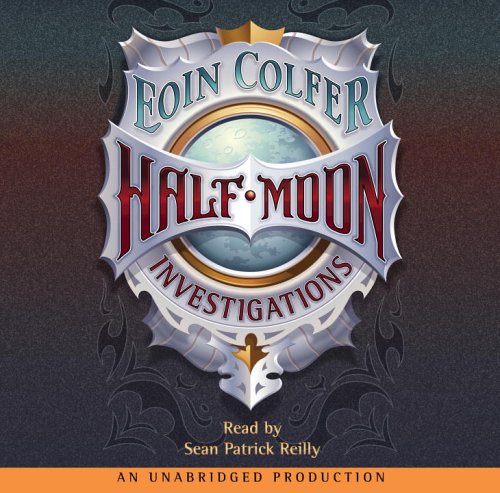 Both author and reader are certainly seasoned professionals: Colfer writes the popular Artemis Fowl series, and Reilly has worked steadily in films, television and on stage. But their joint effort here doesn't quite click. There's a coy, often overly cute (and possibly offensive) tone to the audio version of Colfer's story about a 12-year-old Irish lad named Fletcher Moon—known as "Half Moon" by his classmates because of his short stature—who earned the right to call himself a private detective (complete with a shiny badge) from a dubious academy on the Internet. It could be the fault of the dialogue, but Reilly makes many of the characters sound like "stage Irish"—the sort of people Hollywood used to hire Barry Fitzgerald to play. And while part of Fletcher's charm is supposed to be his indifference to being the butt of his peers' jokes, he is too much of a nerd and rampant fantasist to gain listeners' sympathy. Ages 10-up.