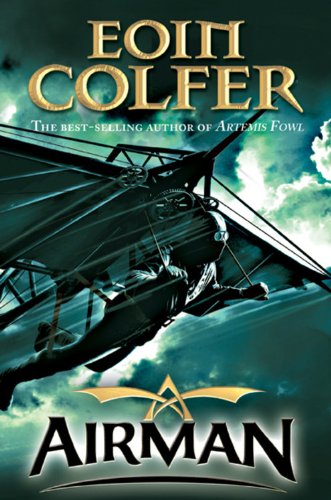 An homage both to the 19th-century science fiction of H.G. Wells and Jules Verne, and to the superheroes of Marvel and DC comics, Colfer’s latest brims with boy appeal. The story starts with the hero’s portentous birth in a hot air balloon above the 1878 World’s Fair, in Paris. But Conor Broekhart’s home lies in the Saltee Islands, two (real) islets off the Irish coast, where he is raised as a favorite son, his best friend being Princess Isabella, King Nicholas’s only heir. His key association, however, is with Isabella’s tutor, a Frenchman who takes Conor under his wing, instructing him in fencing, fighting and the fledgling science of human flight—a consuming passion for many in the decade before the Wright Brothers’ 1905 breakthrough. While the king is a progressive pacifist, his economy hums on the strength of diamonds mined in Little Saltee by prisoners under the control of Hugo Bonvilain, a Machiavellian despot harboring a deep grudge against the king. When Conor inadvertently witnesses a coup d’état, Bonvilain twists facts to ensure the boy gets sentenced to mining gems in dank caves. The race to fly becomes more than a scientific pursuit; it turns into Conor’s only chance to escape. fans will flock to this novel, and the polished, sophisticated storytelling here deserves an even wider audience than that bestseller. Conor Broekhart’s superpower is his brain, and he uses his smarts to fight tyranny. A tour de force. Ages 10-up.