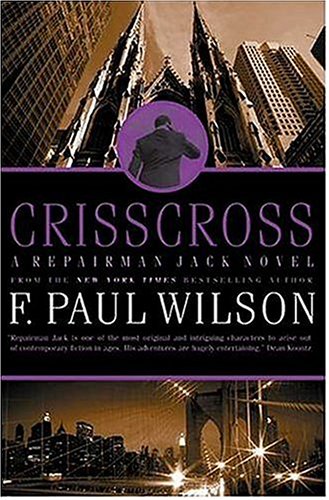 The eighth novel in Wilson's Repairman Jack saga pulses with the usual entertaining mix of pulp heroics and supernatural thrills. Jack, a private vigilante-for-hire who flies below the radar of legitimate law enforcement, is aware that he and his crime-fighting opponents are merely human pawns in a timeless cosmic battle waged by entities of "Otherness" known as the Ally and the Adversary. This time, his exploits involve infiltrating the Dormentalists, a shady pseudoreligion that, under megalomaniacal poobah Luther Brady, has grown into a wealthy worldwide cult with vicious instincts for self-preservation. Although warned at the end of (2003) that "there will be no more coincidences," Jack is stunned to discover that some of the hokiest elements of Dormentalist doctrine eerily echo aspects of the Adversary's malignant design for universal dominance. Suspense escalates through an intersecting subplot involving a blackmailed Catholic nun and appearances by girlfriend Gia, whose difficult pregnancy increasingly portends a strange destiny for Jack. The body count is high, the deaths are uncommonly brutal and the ever-capable Jack is more fallible than usual. But readers who identify with Jack's clients and their need to believe that justice is still possible in a corrupted world will find this all the more reason to sympathize with a hero who achieves both greater humanity and epic stature with each new adventure.