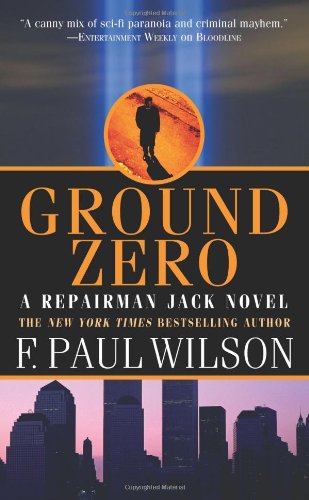 Wilson's less than satisfying 13th Repairman Jack novel (after ) blends 9/11 conspiracy theories with a threat to all life on Earth from otherworldly beings. In the author's alternative history, a shadowy figure floating in a boat in New York harbor causes the collapse of the Twin Towers independently of the suicidal al-Qaeda hijackers by detonating explosives in both buildings. Several years later, Eddie Connell seeks out Repairman Jack, heir to the role of “point man in the war against the Otherness.” Eddie needs Jack's help in finding his forensic scientist sister, Weezy, whom they trace to a New York City hospital ward. Because Weezy had uncovered suspicious stock trading in advance of the World Trade Center attack as well as the editing out of a man from photos of bin Laden and his top deputies, her life is in peril. The apocalyptic plot and frenetic action fail to add up to a chilling read.