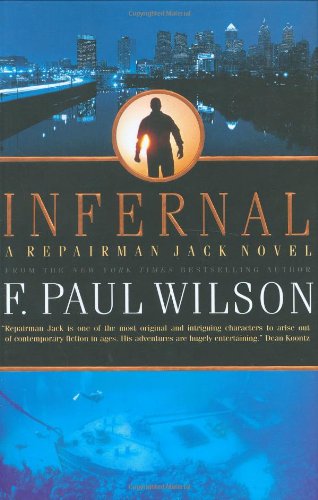 In Wilson's well-wrought ninth Repairman Jack novel (after 2004's ), the off-the-books fix-it man, urban vigilante and paranormal adventurer reconnects with his estranged brother, Tom, after their father is gunned down in a terrorist attack at La Guardia Airport. Tom, a corrupt Philadelphia judge who's fleeing the law and rapidly running out of money, persuades Jack to help him look for the wreckage of a Spanish treasure ship that sank in 1598 off Bermuda. Instead of treasure, however, the brothers haul up an odd, skin-covered, oblong object known as the Lilitongue of Gefreda. It looks harmless enough, but research tells them that those who come in contact with it vanish to the "Otherness." The plot moves briskly but never recklessly, the dialogue is salty and witty, and the characters have enough dimension to elevate them above the genre pack. Jack, introduced more than 20 years ago, is aging gracefully.