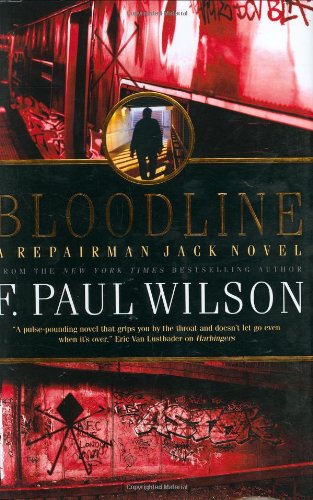 A monstrous scheme to create an evil superman through crude efforts at gene jiggering bedevils urban mercenary Repairman Jack in his 11th outing (after 2006’s ). When Jack, a New York City paranormal “fixer,” agrees to help Christy Pickering break up a relationship between her 18-year-old daughter and an older man, Jerry Bethlehem, he discovers Bethlehem is a violent criminal whose past includes abortion clinic bombings and a stay at a government-funded clinic conducting DNA research. Pickering is circumspect about her own background and her daughter’s paternity. When Jack probes unspoken links between Pickering and Bethlehem, his investigation intrudes inexplicably upon a shady self-help guru. Sinuous plot twists and shocking revelations abound, but Wilson manages to pull these wildly disparate plot threads together, and tie them dexterously to the series’ overarching chronicle of a battle between occult forces in which Jack serves as a reluctant but responsible warrior. Like its predecessors, this novel shows why Jack’s saga has become the most entertaining and dependable modern horror-thriller series.