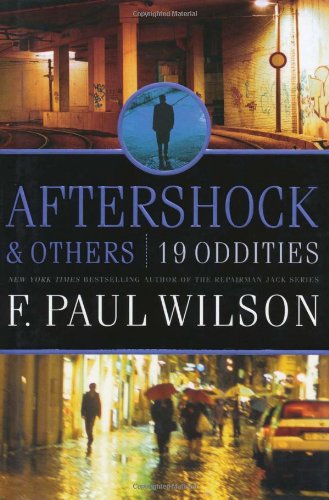 Bestseller Wilson ( ) displays an expert grasp of storytelling mechanics and an impressive breadth of themes and approaches in what he says in an afterword is his last collection. The title tale is a moving meditation on love and loss, built on the unlikely premise of lightning-strike survivors seeing the spirits of their dear departed at their near-death moment of electrocution. “Dreams” riffs on the Frankenstein theme with its speculation on how the monster might act were its brain to have retained aspects of its predeath personality. In “Interlude at Duane's,” urban mercenary hero Repairman Jack must foil a four-man holdup with found weapons fashioned from consumer goods on the shelves of the drugstore where it takes place. In all these efforts, Wilson establishes characters with a few deft strokes, quickly sets up a tricky plot, and then masterfully maneuvers the reader to a well-orchestrated (and sometimes surprising) ending. Fans will hope they haven't seen the last of Wilson's short fiction.