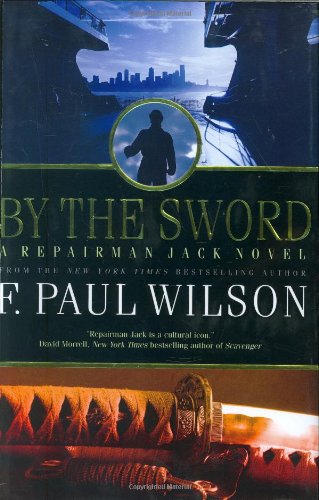 Wilson's 12th action-packed adventure of urban mercenary Repairman Jack picks up where (2007) abruptly ended, with Jack's ongoing efforts to thwart the sociopathic Kicker cult and its efforts to breed a malignant messiah. When a Japanese businessman offers him a new assignment tracking down a legendary with occult properties, Jack quickly finds himself struggling to keep the sword out of the hands of a cabal of yakuza gangsters, as well as the Kakureta Kao, a mystical order of monks who hope to channel its power to devastate New York City. Besides combining these disparate plot threads together with his usual dexterity, Wilson continues to lay the groundwork for Jack's long-awaited showdown with his supernatural nemesis, Rasolom. More violent and complex than its predecessors, this novel serves up the occult thrills fans of Wilson's series have come to expect and tantalizes with the promise of more surprises to come.