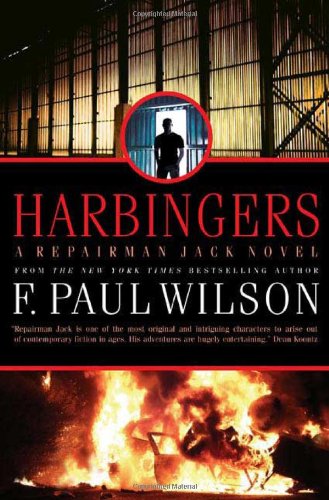 This 10th appearance of Wilson's outside-the-box paladin (after 2005's ) provides everything that fans of this excellent and frequently horrific series have come to expect. Repairman Jack, the New York City paranormal "fix-it guy," is approached by a regular at Julio's bar to find his missing teenage niece, Caitlin. Jack tracks her down, but not before some other apparently well-intentioned agents rescue her and discover Jack in the process. Caitlin's rescuers believe that Jack is the champion of the otherworldly force opposing a supernatural menace known as the Adversary, a role that Jack admits he has played in the past. As the Adversary begins picking off Jack's new allies, Jack's girlfriend and unborn child are endangered, but by whom is unclear. In this brisk update on the series, Jack must make some difficult decisions as he learns that the enemy of his enemy is not necessarily his friend.