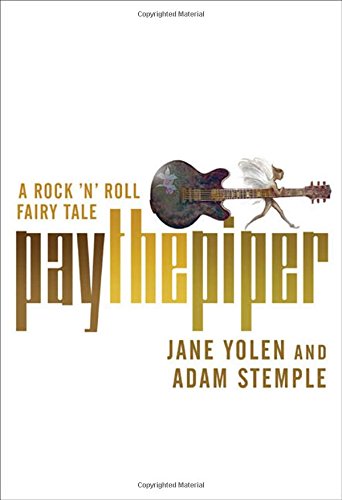 The tale of the Pied Piper of Hamelin gets a modern makeover at the hands of this mother-son team. Calcephony McCallan (who goes by Callie, shortening the name given to her by her ex-hippie parents) finds out that the popular band, Brass Rat, is playing a show in her town the night before Halloween. Knowing her now-strict parents won't let her go, the 14-year-old persuades her journalism teacher to let her write an article on the concert. But Callie doesn't count on her parents being Brass Rat fans, and insisting that the whole family attend. While there, Callie gets swept up in the music, but not so much so that she is deaf to a strange comment made by bandleader Alabas when the band does not get paid for the gig: "He must send silver or gold or souls Under the Hill. Human souls. To pay off a blood guilt, a teind. And if he does not, he will grow as old as any who walks upon the earth...." When the children in town, including Callie's younger brother, Nick, disappear on Halloween, she knows that Alabas is behind their disappearance. She must find the band and the children, and then unravel the curse that keeps Alabas in exile from the magical land of Faerie. Yolen and Stemple's respective authorial and musical backgrounds are at their best when describing Alabas's haunting, musical reminiscences about the path that led him to exile. But despite the promise of this modern concept, the narrative occasionally digresses into exposition (e.g., as when Callie explains to readers that "teind" means tithe: "in church meant 'to give a part of one's income, a kind of tax, for good causes' ") which detracts from this land of enchantment. Ages 10-up.