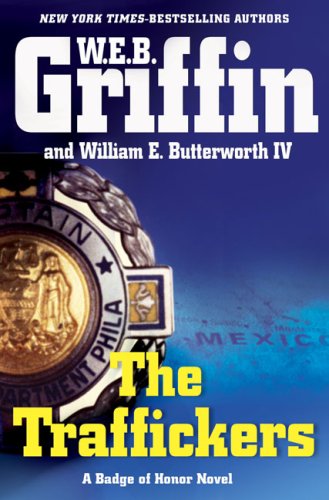 Dope smuggling, prostitution and murder preoccupy Sgt. Matt Payne of the Philadelphia PD in the uneven ninth Badge of Honor novel from bestseller Griffin and son Butterworth (after ). Payne, known as the Wyatt Earp of the Main Line because of his involvement in so many shootings, receives a call from an old pal, Chad Nesbitt, who tells him that a mutual friend, Skipper Olde, is somehow involved in a catastrophic fire. Matt doesn't care about Skipper, but Skipper's girlfriend, whom Matt had a crush on in high school, has been badly burned. Meanwhile, 21-year-old Juan Paulo Delgado, “El Gato,” is going about his usual business of pimping, beating and beheading undocumented Mexican women. Sophomoric, jokey dialogue and intrusive author lectures will lead many readers to tire of the whole business long before the evildoer receives his just and expected reward.