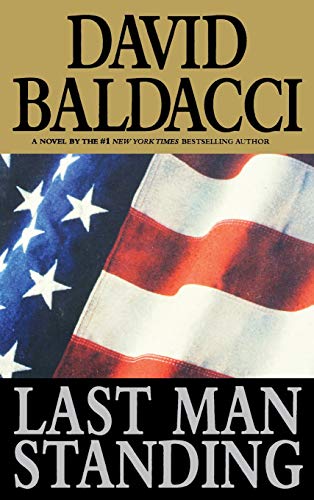 Last year's , a historical family drama set in rural Virginia, proved that Baldacci, previously known for his thrillers (particularly his debut, ), can do much more than supply maximum suspense. His latest is another exciting thriller, but one that hasn't forsaken the ambitions of , plumbing the emotions and exploring the shadings of human nature in an impressive way. And for the first time, Baldacci has created characters that readers will demand to see back in a sequel. He has chosen an immensely interesting subject: the (real-life) FBI Hostage Rescue Team, a force so elite that many of the Seals, Delta Force grads and other special ops who apply to it don't make the cut. Baldacci's hero is hostage rescue team superstar Web London, who inexplicably (to himself and others) freezes during an operation that leaves the rest of his team dead; hence, the book's title. Web's investigation into the massacre involves him with several bands of criminals, most notably a white supremacist terrorist cell, a gang of D.C. drug peddlers headed by a charismatic giant, and a secret group involved in both terror and drug activities. At the same time, Web's exploration into why he froze leads him to psychoanalysis and hypnosis, to budding romance and, ultimately, to revelations that tie together all the strands and questions of the immensely complicated plot. This is Baldacci's most accomplished thriller. The action, conspiratorial and overt, shifting from urban to rural and back, is nearly nonstop and expertly drawn; heroes and villains alike are believable and equally flawed; and there's a newfound maturity of tone here, a somber acceptance of the suffering that necessarily attends human life.