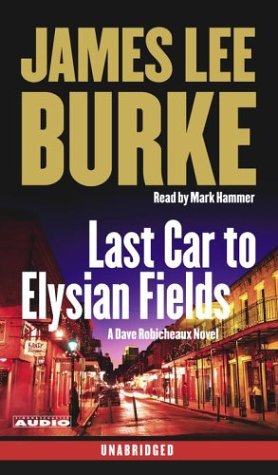 Since Burke's last outing ( ), hapless Louisiana lawman Dave Robicheaux has lost his wife to lupus and his bayou home has burned to the ground. Grieving and rootless, he takes on the troubles of others—namely an outspoken New Orleans priest who has been marked for murder, a black blues singer who entered Angola Prison in 1950 and disappeared and the father of a teenager who blames a liquor salesman for the drunk-driving accident that killed his daughter. In Robicheaux's world, all crimes can be laid at the doorsteps of the rich and powerful—in this case Castille LeJeune, a revered war hero who, according to one character, "owns about half the goddamn state." The seemingly disparate story lines interweave beautifully and are enhanced by flowing, poetic descriptions of everything from nature's wonder to man's brutality. Unfortunately, Hammer's delivery, though properly accented, sounds a decade too long in the tooth for the 50-something Robicheaux and is nasal enough at times to suggest that, along with his scripted woes, the detective is also suffering from a sinus condition.