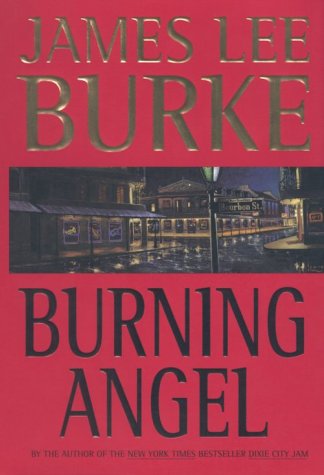 In his latest absorbing and violent adventure, moody Louisiana deputy Dave Robichaux confronts plaited evils: ages-old injustices based on race and class; the legacies suffered by modern-day mercenaries for their sins in Vietnam and central America; and the New Orleans mob. Old Bertha Fontenont comes to Dave for help in claiming the property that was promised her sharecropper ancestors 95 years earlier. Moleen Bertrand, heir of the plantation where that property lies and where Jean Lafitte was rumored to have buried gold, is planning to bulldoze the Fontenont cottages. At the same time, Sonny Boy Marsallus, a local whose escapades in the Guatemalan jungle have given him a reputation for a preternatural ability to survive, has asked Dave to hold on to his journal while he tries to steer clear of some vengeful Mafia-hired hit men. As Bertrand's personal life, secretly intertwined with another Fontenont, surfaces, Dave faces a thug said to have trained Idi Amin at an Israeli jump school and also gets suspended (after losing his temper and causing some serious damage at a Mafia hangout). Burke's lush, humid prose and the controlled, otherworldly aspects of this plot deftly capture the inhumanity of the bad guys and the more common frailties of ordinary folk. It's sometimes hard to keep track of who's good and who's bad in this foggy moral terrain, but the confusion has the feel of real life. Series fans will be glad that Dave's wife, Bootsie, isn't troubled by her lupus condition and will marvel that their adopted daughter Alafair, now a teenager, is old enough to need to know how to shoot. $250,000 ad/promo; 22-city author tour; audio release from Simon & Schuster. (Aug.)
close
Details