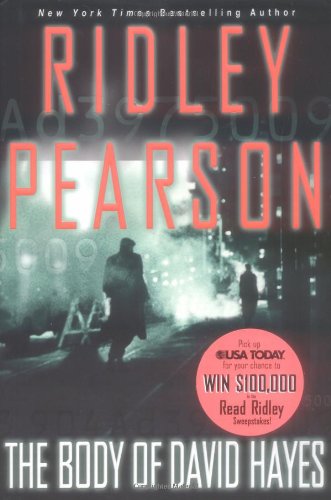 THE BODY OF DAVID HAYES

Lt. Lou Boldt is still top cop in the ninth installment of Pearson's Seattle Police Department series. ( ; ; etc.). This time the case involves Boldt's wife, Liz, who's weathered many a storm throughout her marriage: chemotherapy, a separation, the kidnapping of their daughter and now the revelation of her affair with David Hayes, a computer whiz at the bank where she's an executive. Hayes embezzled $17 million and went to jail, but now he's free and the never-recovered money has both cops and robbers interested in his whereabouts. Liz had nothing to do with the theft, but Russian mobster Gen. Yasmani Svengrad (known as the Sturgeon General because he's the head of a caviar importing company) thinks the money belongs to him, and she's the key to getting it back. It's all extremely complicated, but with the help of Sgt. John LaMoia and Boldt's former lover police, psychologist Daphne Matthews, who is now living with LaMoia, Boldt hopes not only to solve the case but to protect his wife's reputation and keep his marriage from foundering. The difficulty is that Boldt's personal problems, which mount to near soap opera levels, tend to distract from the more interesting crime elements. Pearson's uneven writing too often veers into the mawkish when attempting to reveal Boldt's inner feelings ("She touched him once lightly on the arm as he opened the door. The tenderness of that gesture cut him to his core and he felt emotions ripple through him"). Pearson wisely eschews the sentimentalism as he builds to a climactic finale in which Boldt cleverly manipulates friend and foe alike to save Liz and serve justice.