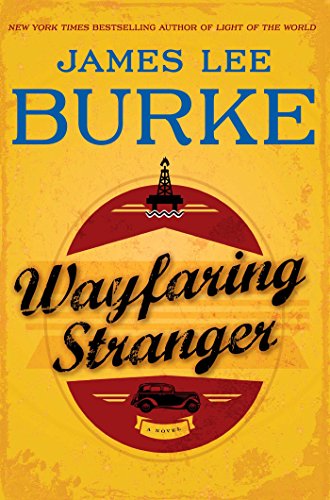 Early in this epic American saga from MWA Grand Master Burke, Weldon Holland, the grandson of lawman and series character Hackberry Holland, has a chance run-in with Bonnie Parker and Clyde Barrow in Texas, shortly before the notorious bank robbers are gunned down in Louisiana. Weldon has another, more significant coming-of-age experience toward the end of WWII. As an Army second lieutenant, he rescues Sgt. Hershel Pine when both are trapped behind German lines. Weldon later saves Rosita Lowenstein, a concentration camp prisoner, who fought against Franco in the Spanish Civil War. After the war ends in Europe, Weldon marries Rosita. Back in Texas, Weldon and Hershel build an innovative oil pipeline business, but their success creates an enemy, oil tycoon Lloyd Fincher, who as a U.S. Army major was known as “a dangerous idiot.” Lloyd attacks the entrepreneurs through their wives, most notably Rosita, smeared mercilessly for her leftist past. Weldon occupies the high moral ground, but he’s not above meting out his own brand of justice. His quest to save his wife generates some suspense, but this is more morality tale than thriller, the story of one man’s struggle to live with integrity in postwar America. Burke, best known for his Dave Robicheaux series (Light of the World, etc.), writes with great assurance and wisdom, as well as a kind of bitter nostalgia for lost innocence. Agent: Philip Spitzer, Philip G. Spitzer Literary Agency. (July)
close
Details