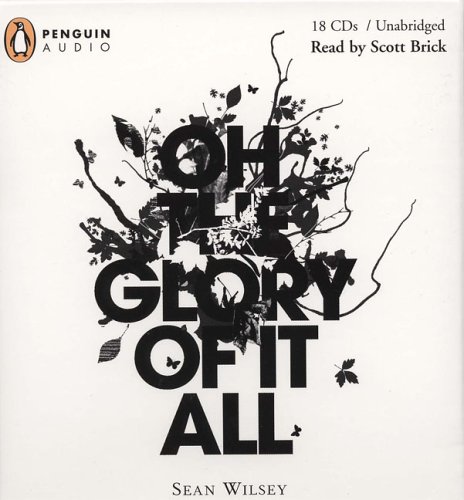 Oh the Glory of It All

Wilsey's Eggersesque memoir of growing up rich and dysfunctional is dependent for effect on its deadpan, forthright tone of voice, underscoring the impact of his humorous, unsettled childhood. Brick performs this with flair, inhabiting that voice with ease. Born to a wealthy older father and San Franciscan socialite, Wilsey had a childhood that combined overwhelming privilege with an unusual family dynamic (his father divorced his mother and married her best friend). He mines his lonely childhood amid the lap of luxury for its absurdist comic potential, finding nuggets of humor in the wreckage of a fortunate yet empty upbringing. Brick underplays the comic and emotional undercurrents with poker-faced sophistication. His oft-hushed tones belie the comedy of situations; he renders lines like "Sean, I have hot flashes.... I just thought you'd want to know what's going on with your mother" with as little fuss as possible. Capturing Wilsey's knowing, self-mocking tone, Brick's performance of this confusing, bittersweet childhood is, like the book itself, just the right mixture of comic and tragic.