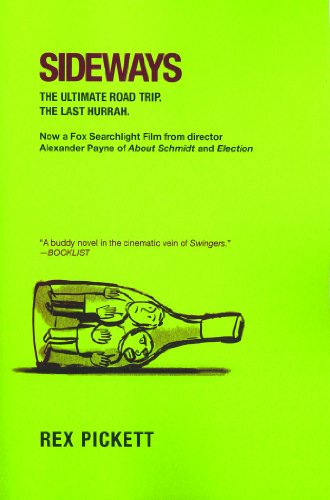 Brick does an admirable job of bringing to life the characters of Miles and Jack as they head off for a weeklong junket in California wine country in the face of impending marriage, professional duress and a lot of bottled-up emotions. Given the strong performances of Paul Giamatti and Thomas Haden Church in one of last year's most popular films—and that the audio is packaged to tie in with the movie—it makes sense that Brick's portrayals echo those of the two actors. From Miles's quivering tone of despair to Jack's husky, confident exhortations (and even Miles's famously delivered opinion on the prospect of drinking merlot), there are obvious similarities in approach. But Brick deftly builds on that approach and extends it to the further and different adventures the two men endure in Pickett's novel, including a doomed late-night boar hunt with a feckless and potentially dangerous local. He also nicely handles the budding romance between Miles and a lovely, intelligent waitress named Maya, along with the explosive denouement of Jack's misguided fling with a wine pourer named Tara. It makes for a lively reading of this hearty, well-balanced look at the plight of middle age.