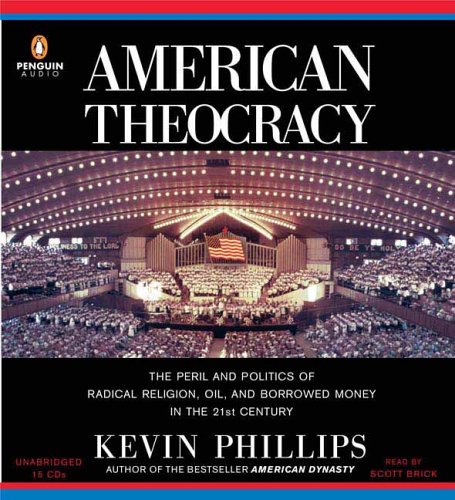 Scientists repeatedly prove the limited amount of fossil-based fuels left in the world and emphasize the environmental effects of using them. Yet many Republicans ignore science in the name of God while promoting a debt-driven consumer society. Debt, radical religion and fuel have been individual sources of expansion and destruction for many nations throughout history. Utilizing these precedents, Phillips provides detailed and troubling criticism of the United States' excessive dependence on and promotion of these three factors. Phillips predicts these practices will significantly diminish the power of the United States in international politics. In navigating this sometimes complicated book, Scott Brick delivers an outstanding performance. His command of the text will leave listeners believing that he wrote the book. His intensity matches the author's urgency while his emphasis proves a great value in determining the important information. Nonfiction audiobooks of this breadth often become cumbersome and daunting with information overload. But Brick leads his listeners with the gift of a master performer who knows his audience. While extras such as a time line, bibliography or character glossary could only improve this audiobook, the clarity of the text through the efforts of the author and narrator make it well worth the listen.