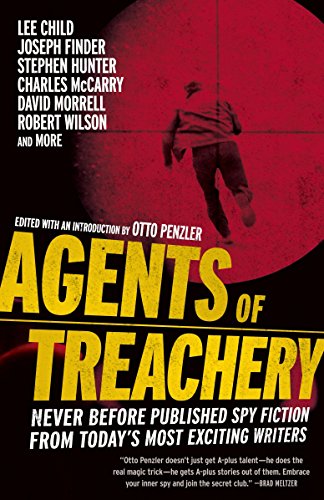 Astonishingly, as mystery maestro Penzler points out in his cogent introduction, “there has never been, until now, a collection of original stories devoted” to spy fiction. Penzler has assembled 14 of the biggest names in the thriller genre—such as Lee Child, Joseph Finder, Stephen Hunter, Gayle Lynds, and David Morrell—who all rise to the challenge of writing a short story set in the complex world of international espionage. This unique anthology’s best entry, Charles McCarry’s “The End of the String,” which depicts an intelligence officer’s role in a planned coup aimed at a despotic African president-for-life, will evoke comparisons with John le Carré and Graham Greene. The superlative writing is matched by the variety, which ranges from tales with clever twists to straightforward ones, some contemporary, others with historical settings.