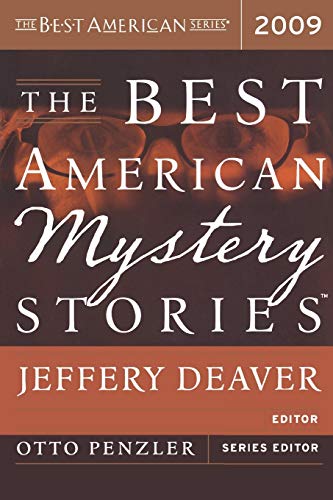 Like previous anthologies in this “best of” series, the impressive 13th volume favors crime stories over whodunits. As series editor Otto Penzler notes in his foreword, “it has become increasingly difficult to find... a new murder method, or an original way to hide a vital clue” (though some may wonder why Deaver passed over Hal White’s impossible crime puzzler, “Murder at the Fall Festival,” listed in the appendix of “Other Distinguished Mystery Stories of 2008”). Readers interested in psychology will be more than satisfied by such tales as Joyce Carol Oates’s “Dear Husband,” a heartrending first-person account of a mother who slaughtered her children, and Tom Bissell’s “My Interview with the Avenger,” about a vigilante superhero. As always, part of the pleasure derives from exposure to writers who have yet to gain the acclaim they deserve, such as Randy Rohn (“The Man Who Fell in Love with the Stump of a Tree”) and Jonathan Tel (“Bola de la Fortuna”).