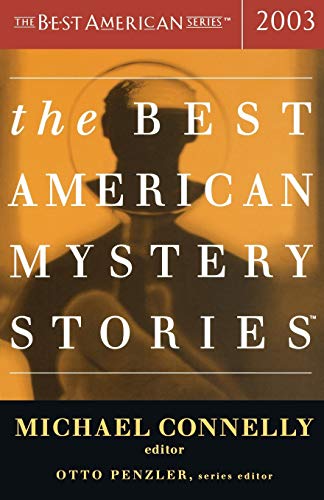 Is it possible to publish an anthology of mystery stories without including Joyce Carol Oates? Apparently not, as series editor Otto Penzler says in his foreword to this outstanding compendium: "She has appeared in six of the seven annual volumes.... Nobody makes it into these books based on their fame or popularity, and she is no different. It is about the work, and she simply will not be denied." Oates's "The Skull," a richly mordant, Poe-ish tale of a forensic scientist obsessed with the head bones of a murder victim, might not be the best of the 20 stories, but it's certainly right up there. Other brand names working at their peak include George P. Pelecanos ("The Dead Their Eyes Implore Us") and Scott Phillips ("Sockdolager"), both of whom probe the roots of characters from their respective novels. Writers who deserve to be more famous, like Doug Allyn, O'Neill de Noux and Monica Wood, bring fresh insights to familiar material. By far the oddest entry is Taylor Dilts's "Thug: Signification and the (De) Construction of Self," which manages to combine an essay on deconstruction, complete with footnotes, with an entertaining crime story. As guest editor Connelly says in his introduction, if a novel is an SUV, a short story is a sports car. "I drove seven SUVs before I ever tried a sports car," he admits. "I found the difference amazing." Readers should share that amazement.