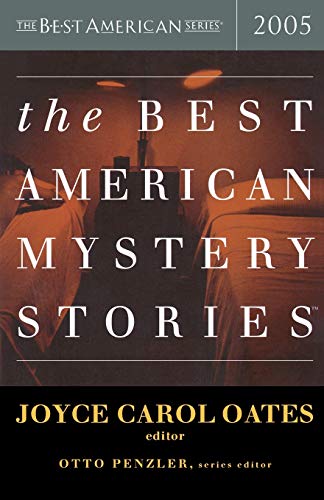 Says series editor Otto Penzler, "It's about finding the best stories, by whoever happens to have written them," in his foreword to this outstanding mystery annual. He chose Joyce Carol Oates as this year's guest editor, and Oates almost immediately put her brand on the book—not waiting for Penzler to send her the top 50 choices from which she would winnow the 20 final entries, but branching out on her own, finding some of the volume's best stories by beginning writers in small circulation magazines as well as in collections from relatively unknown publishers. There's also much star power, made even more impressive by the editors' resistance to famous names getting in on reputation alone. Dennis Lehane's "Until Gwen," Laura Lippman's "The Shoeshine Man's Regrets," Louise Erdrich's "Disaster Stamps of Pluto" and Scott Turow's "Loyalty" are as good as any full-length novels these writers have produced recently. And what a great pleasure it is to have the remarkable talents of the late George V. Higgins displayed in all their glory in "Jack Duggan's Law." .