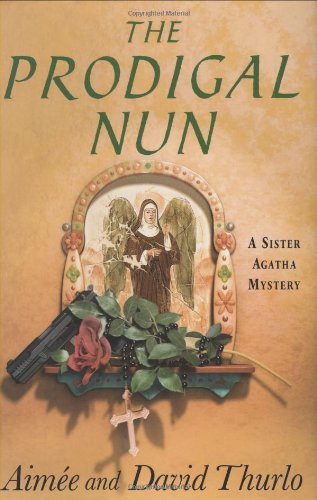 In the Thurlos' less than engaging fifth Sister Agatha mystery set in smalltown New Mexico (after 2007's ), Jane Sanchez, a parishioner at Our Lady of Hope Monastery, requests a time to discuss an important matter with the Harley-riding investigative reporter turned nun. When someone shoots Jane to death, everyone assumes she was killed to prevent her from divulging a dark secret. Anonymous threats made against the monastery add impetus for Sister Agatha to figure out who murdered Jane. Sheriff Tom Green, having benefited from Sister Agatha's help in previous cases, welcomes most of her input, but when her findings point to the possibility of a dirty cop, the cooperative attitude cools considerably. After a promising start to the series, , subsequent entries have become more routine. Unless Sister Agatha improves her track record, she's likely to disappear into the cloister.