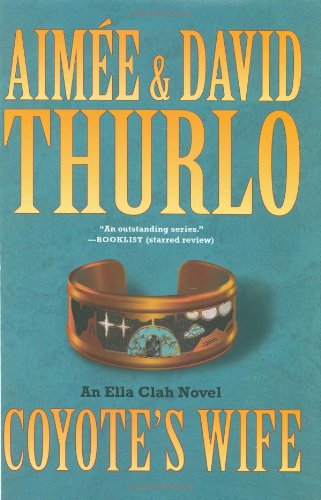 A vicious attack on Ervin Benally, the son-in-law of a wealthy and powerful businesswoman, points to deep-seated tensions on a New Mexico Navajo reservation in the Thurlos' solid 14th Ella Clah mystery (after 2007's ). Benally had recently stirred up controversy with his plans to install StarTalk, a satellite phone system that would allow the Navajos to communicate across miles of sparsely populated reservation land. The interference of the Fierce Ones, a vigilante group known for dishing out swift and sometimes misconceived justice, has Ella Clah of the Navajo Tribal Police wondering exactly where and why their involvement began—or will end. As Ella and her team investigate further, they realize they must uncover the traitor within to solve the larger problems plaguing the community. Despite too many red herrings and wild goose chases, the Thurlos' intimate knowledge of Navajo culture and legends make for another crowd pleaser.